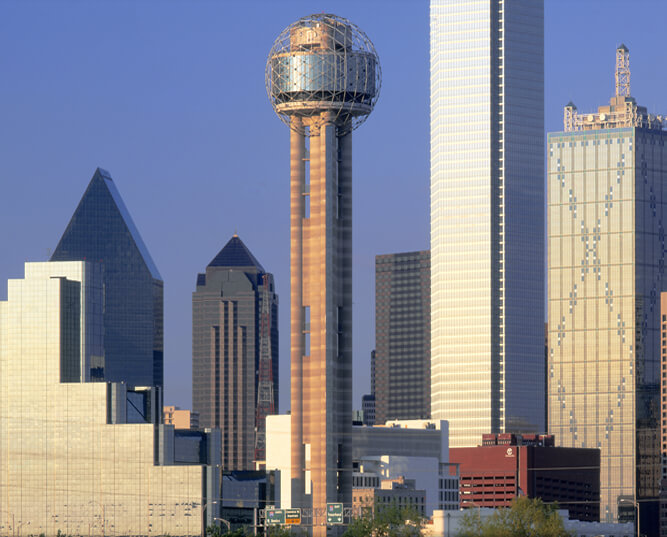 “McCrory said about 250 people invested in projects that [syndicator] controlled as general partner for limited partnerships, which bought and sold real estate…”

District Judge John Marshall approved a judgment calling for Morris, president of Metropolitan Ventures, Inc., to pay more than $800,000 in investments made by plaintiffs in several of Morris’ ventures.  The order included payment of more than $500,000 for attorney’s fees and damages, records filed in the 14th District Court show.

Morris ran more than a dozen different real estate partnerships, which included ownership in the Flagship Inn in Arlington, the Sinclair Office Building and Oakland Shopping Center in Fort Worth, Country Club Corners in Dallas and property in Arkansas and Okalahoma, court records show.

In the suit, the plaintiffs presented 25 pages of complaints.  The allegations charged Morris with carrying out a fraudulent and deceptive scheme.

One complaint charged Morris used money that was supposed to buy one property to pay for another.  Other complaints said he sold property without investors’ knowledge, failed to distribute sale proceeds and did not file proper forms with the Internal Revenue Service.

Crow said the investigation is at a critical stage in determining whether or not there is enough evidence to present a case to a grand jury.  He said a determination may be made within 45 days

The investigation was launched after plaintiffs in the civil suit filed complaints, said the investors’ attorney, Tom McCrory of Sullivan & McCrory.

McCrory said about 250 people invested in projects that Morris controlled as general partner for limited partnerships, which bought and sold real estate.  However, only nine represented by McCrory and Ralph Hartman of Jackson, Walker, Winstead, Cantwell & Miller entered the civil action, which began in November 1984.

In explaining his decision, Marshall said, “Basically Morris’ attorney admitted liability.  The question in our case was how much damage he should pay.”

However, Morris’ attorney, Robert Greenberg of Greenberg, Fisk and Fielder, said the judge’s decision had nothing to do with guilt or innocence.

“What the judge did was enter a dollar judgment on behalf of the plaintiffs,” Greenberg said.  “The judge didn’t find anything.  He just said the plaintiffs were entitled to X number of dollars.”

Morris said he agreed to pay back the plaintiffs’ interest in properties in which they invested.

John Tauben of John Tauben Furs, who invested $500,000 for himself, his children and a company pension plan, said he became involved with Morris on the recommendation of another plaintiff.

“I met him through my friend, Ben Homer, who told me he knew a Santa Claus who was giving a 15 – 20-percent return on real estate,” Tauben said.  “When the guy (Morris) meets new clients, he really gets you involved in the deals by giving you a great return.  He keeps getting you in deeper and deeper, and then won’t ever talk to you.”

Morris said the investors created problems for him.

“When people stop being supportive and spend two years trying to ruin somebody’s life, there’s more to a business deal than meets the eye, ” Morris said. “Those people have been aggressively trying to ruin my business for over two years.  It hurts a lot because I also made some good investments.”

In January, Morris filed for protection under Chapter 11 of the bankruptcy code with U.S. Bankruptcy Judge Robert Maguire.  The case was dismissed in August because Morris did not court requirements of filing lists of his assets and liabilities, said a source close to the case.

Morris said he is no longer selling syndications.  He said he is a victim of a fallout in the syndication market, which has contributed to two other Dallas estate syndicators facing court actions in 1985.

Sunderman filed bankruptcy for 120 partnerships that are currently being reorganized.  The Internal Revenue Service is seeking more than $17 million in back taxes from Walker, who was involved in 92 partnerships.

“Those are symptoms of the fall out in the real estate syndication market,” said Steve Bushman, a Cooper & Lybrand tax partner specializing in syndications.

“The slowdown was caused when uncertainty over new tax legislation caused investments to slow until a surge was recorded toward the end of the year,” Bushman said.

Marginal syndications that sell through private offerings instead of public offerings are feeling the effects of the slowdown the most, said Lon Carlson, senior editor of Questor Strategic Real Estate, a real estate trend newsletter published by Stephen Roulac & Associates in San Francisco.

“The three cases in Dallas are not isolated cases at all,” Carlson said.  “It’s happening all over.  Syndicators who bought properties in the Sun Belt are being hurt by the overbuilt situation in real estate. If they paid too much for the building, they simply can’t recoup it from the cash flow because they can’t raise their rents in an overbuilt market.” December 9, 1985